Locked On / Dead or Alive

Tom Clancy has sold over 50 million books with detailed themes of espionage, military, science, politics and technology — four of them becoming major motion pictures and a few others adapted into highly-successful video games. I’ve had the privilege of creating all of the digital ad campaigns for Tom Clancy’s novels between 2010 and 2016. For both Locked On and Dead or Alive, I designed and resized various rich media placements targeting mass market, political, military, and gaming audiences. HTML5 banners, push-down units, and animated GIFs were seen on Pandora, FoxNews.com, WSJ.com, and other websites. 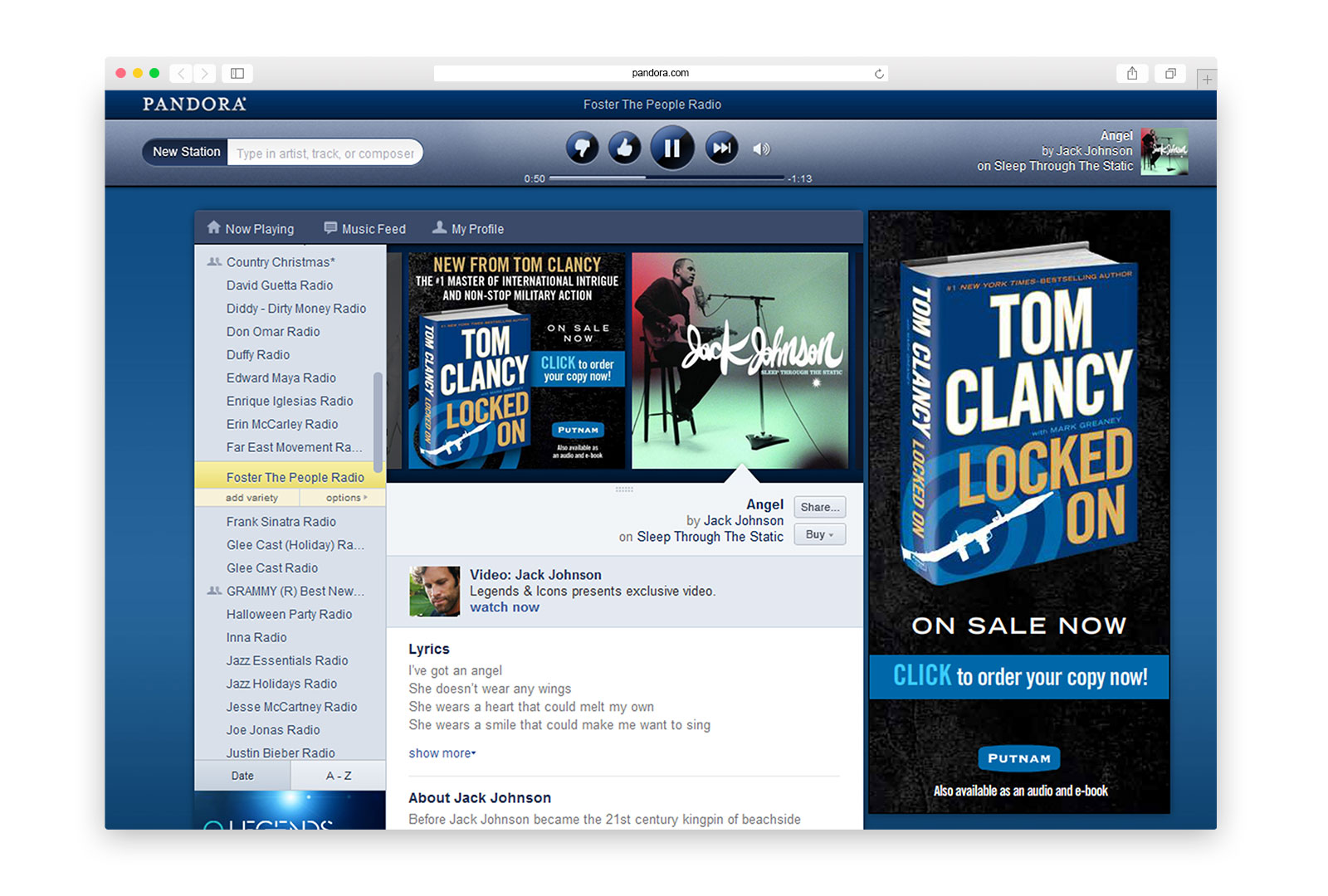